Most people have heard of Rakuten, but many do not know what it actually is. Back in the 1990s, two attorneys created what they called Ebates.com, an online portal that offered cash back rewards from around 40 stores on the Internet. Over time, Ebates expanded and completed several prominent acquisitions before being acquired by Japan-based Rakuten in 2014 for $1 billion. Ebates rebranded to Rakuten but still has the same features and functionality.

Despite the name change, Rakuten states it is keeping the website and the process the same, as the company is “not interested in messing with a good thing.” If you’re looking for a cashback service that is respected and can actually put money in your account, Rakuten might be the best fit.

Let’s take a look at how Rakuten cashback makes money for Rakuten and you.

While Rakuten started as Ebates and only provided cashback for approximately 40 online stores, it now has grown exponentially and also offers rewards and discounts on services instead of just products. It also now works in-store for some retailers. Rakuten states its goal is simply to get users cashback on products and services they are buying. Its website also indicates users can get “up to 40% cashback at over 2,500 stores.” Discounts and deals vary greatly at any given time, so smart users check the current offerings daily.

How to Use Rakuten

To get started, users need to create an account on the website. This can be done via an email address, or users can link their Facebook or Google accounts. Simply agreeing to the terms and conditions and clicking Join creates an account and a user can get started.

Keep in mind that Rakuten usually offers some sort of sign-up bonus. For example, signing up and making a purchase of at least $25 within three months may get you a $10 cashback bonus. Specific conditions and what Rakuten is offering may vary depending on when you sign up, but it is usually something similar to that.

The most common way people use Rakuten is by installing the add-on to their Internet browser. From there, they can simply activate cashback on the website they are shopping on if Rakuten partners with that store. Rakuten also has a nifty feature in which it will automatically try coupon codes at checkout, therefore saving you more money if they work. It requires very little effort and time, which is a huge win for customers.

Here’s an example: I recently made a purchase at Lowe’s (online) for $401. Rakuten refunds 2% on Lowe’s purchases. Since I have the Rakuten browser extension installed on Chrome, I automatically got $8.02 added to my Rakuten balance.

The Rakuten smartphone app is quite similar, as you download it and then click on a store you want to shop in within the app. The app will open the store and have the cashback activated for you. When you make a purchase, the system automatically processes it and you do not have to do anything else.

In-store cash back will require you to input your credit card information, but Rakuten makes it easy to get cashback on in-store transactions. You can browse the Rakuten app or website for in-store deals and “link” them to your credit card. After the store processes the transaction, Rakuten automatically gives you the proper cashback – no receipts or proof of purchase needed!

Another example: I recently spent $191.52 at Walmart (in store). Rakuten refunds 5% on Walmart purchases. Since I have my credit card linked to the Walmart offer within my Rakuten account, I automatically got $9.58 added to my Rakuten balance.

How Users Get Their Money

So how do you actually get your money? Unlike some other cashback services that make you fill out forms or some sort of legal and financial information, Rakuten will simply send you a check or deposit funds into your PayPal account. As mentioned, you do not have to send any sort of proof of purchase either, meaning you can get your cashback once you have at least $5 deposited in your account. There are never any fees, so you get what you have earned.

Rakuten is pretty much an affiliate marketing service, so it obtains a commission from thousands of stores it has partnered with and then users get a portion of the commission they receive. Rakuten basically acts as an in-between for users and stores, so in a sense Rakuten links users to these stores. Users then spend money at the stores, and the stores therefore make money, too. The store pays Rakuten for sending customers, and Rakuten then gives some of that money to its users – it’s that simple!

Many cashback programs are known to be a bit “scammy,” but Rakuten is a respected and legitimate service. Since the service began (as Ebates), it is estimated that over 12 million U.S.-based users have cashed out a collective total of over $1 billion. Skilled users make more money than others by closely watching current deals and shopping at specific stores when the cashback percentages are high.

What are the Cons?

The main complaints about Rakuten are that some stores do not partner with Rakuten, it takes too long to cash out, deal amounts vary greatly day-to-day, and certain purchases do not qualify. However, there are plenty of stores, discounts, and deals for users, so if one store doesn’t offer discounts on whatever a user is looking for, another store might. Also, let’s be real – nobody ever turns down free cash, so the pros of Rakuten greatly outweigh the cons.

Ultimately, if you’re already spending money on something, why not get some cash back? Rakuten is one of the best cashback services out there and comes highly recommended by millions of users. Joining is free, so potential users have nothing to use and may want to give it a try. 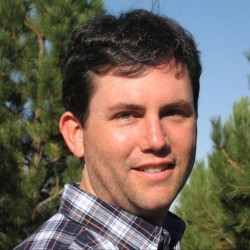 Jason stopped buying checks from his bank long ago when he realized that there's nothing special about bank checks - except the high cost! He's been publishing check promo codes on CheapoChecks.com to help everyone save on the cost of checks since 2012.